The circus variety show is based on a text by Tadej Pišek. 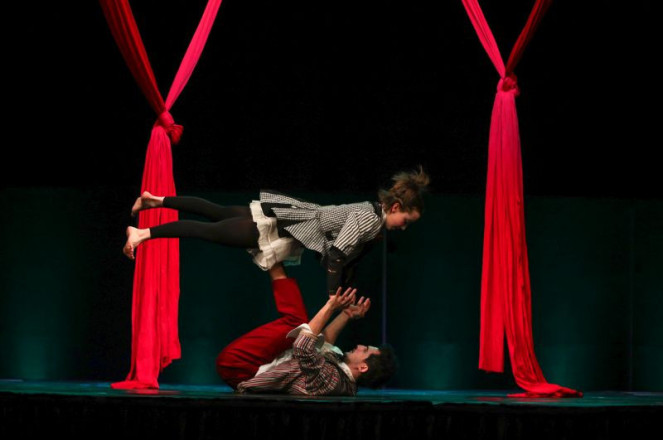 At first there was nothing, emptiness, darkness, vacuum. Then one fine day – bang – and the earth began to spin. Life began to develop on this carousel, and over time, so did man. How? Where from? Who are their ancestors? What was their path like from swinging on a tree branch to walking on the moon? How did they evolve, change, and where are they today?

In co-production with the Godot Cultural Institute, Pionirski dom – Centre for Youth, staged a theatrical performance of human evolution. Under the direction of director Tadej Pišek, the extensive topic, which spands millions of years, was approached in an entertaining, original and not at all didactic way. The stage of the Festival Hall will be transformed into a circus venue, where actor Tadej Pišek and masters of partner acrobatics Mojca Špik and Inan du Swami will take us through the seven-million-year journey of human evolution with acrobatic and dance antics, coupled with a humourous circus approach. The circus of humanity will be transformed into a circus on stage.

The circus variety show is based on a text by Tadej Pišek, whereas the musical score was designed by the renowned composer Marjan Peternel.